The true value of over 50s life cover

The true value of over 50s life cover 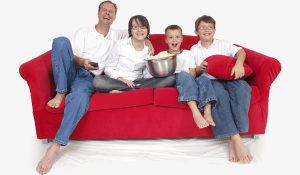 We all know how important it is to put appropriate cover in place to protect our loved ones when we die, but considering your own mortality is never the nicest way to spend your time, particularly when you’re supposed to be enjoying your retirement. So here, courtesy of easylifecover.ie, is a common scenario which aims to highlight just how much over 50s cover could be worth to you.

What is over 50s life cover?

Over 50s life cover is a form of life insurance designed specifically for those aged between 50 – 80, which guarantees to pay a lump sum for the benefit of your loved ones when you die. No medical is required and policy acceptance is guaranteed.

How much difference can it make?

Let’s take a look at a typical scenario to see just how much difference the presence of over 50s cover can make to an inevitably tragic situation.

Paul is a 75 year old granddad who is enjoying his retirement immensely on a modest pension. Having worked as a postman for 40 years, Paul is now able to split his time between his three grandchildren, his beloved allotment and of course his long suffering wife. At the age of 71, Paul decided that he needed the protection of an over 50s life insurance policy to make sure his death would not have a detrimental impact on the financial wellbeing of his family.

One day Paul was working his allotment when he started to feel unwell. Experiencing difficulty breathing and with the first flushes of a fever, Paul and his wife decided they should go to hospital as a precaution. Once in hospital, Paul’s condition started to deteriorate quickly and after some tests, the healthcare professionals informed Paul and his family that he was suffering from pneumonia.

Paul spent the three months after his diagnosis in hospital, and Paul’s family stayed by his side throughout. His son even took time off work to look after his father. Unfortunately, there was nothing the medical professionals could do to improve Paul’s condition, and he died with his family by his side.

Paul’s death hit the family hard; even though he was in his later years he had been such an active and fun loving man. Not only were they distraught, they were also concerned about the cost of Paul’s funeral.

However, little did they know that Paul had been paying into an over 50s life cover policy for the past four years, and it was in the last year of this cover Paul had died. Despite the obvious heartache, Paul’s family were relieved they would be able to afford the funeral Paul deserved. The lump sum benefit from the policy was not only enough to pay for the funeral; there was also €5,000 leftover to clear Paul’s son’s debts, who had taken time off work to care for his father in his final months.

Tragically, it is often not until it is too late that the true value of over 50s life cover becomes clear. If you’re considering buying over 50s cover to protect your family’s financial future, contact easylifecover.ie  today.