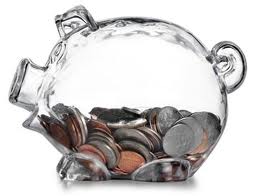 Here at easylifecocver.ie, we are often contacted by our customers with real life examples of how our insurance policies have helped them in practice. Although the details have been changed to protect the anonymity of the customer, this is their story about how income protection insurance provided the cover they needed when confronted by a potentially life changing situation.

Income protection insurance is a policy designed to replace lost income as a result of a medium or long term illness or disability. To qualify for cover you must be in employment, either on a full or part time basis.

Mr Gibbs and his wife had just moved to a new rental property. They had signed a 12 month tenancy agreement, and given that they had just spent almost all of their savings on their honeymoon, he decided that income protection insurance would be a worthwhile investment.

Tragically, after just five months living in their new property, Mr Gibbs was involved in a car accident and was badly hurt. He was hospitalised for a month and had to receive extensive physiotherapy thereafter to regain full movement in his legs. In total, Mr Gibbs was not fit to return to his job as an electrician for 8 months.

Thanks to his forethought, Mr Gibbs was able to claim on the income protection policy he had taken out some months earlier, which covered 70 per cent of his salary while he was unable to work. Mr Gibbs received the benefit of the policy as a monthly, tax free payment, which made it equivalent to his monthly pay packet after tax. As a result, neither he nor his wife were out of pocket.

Not only did this mean Mr Gibbs could put all of his focus and energy into making a full recovery, it also ensured that he and his wife could afford to stay in their new home. 8 months after the accident, Mr Gibbs was well enough to return to work and the benefit payments he received from his insurer ceased.

What if income protection insurance had not been in place?

Having spoken to Mr Gibbs, he was extremely relieved that he had made the decision to protect his income. He said that without insurance in place, they would have been unable to meet their rental payments along with their existing financial commitments on his wife’s income alone. However, as they signed a 12 month tenancy, they would have been unable to simply move to a smaller property unless they found someone to take on their tenancy as it stood.

As Mr Gibbs had been in hospital for a month, this responsibility would have fallen on the shoulders of his wife, who was already worried sick about her husband’s health.

Fortunately, this particular case is an example of all’s well that ends well, but only because Mr Gibbs understood the importance of income protection insurance given the precarious financial situation he and his wife were in.

For more information about income protection insurance, please contact us.