×
Blog
Irish Life takeover gets the all clear from European Commission
August 30, 2013

Irish Life takeover gets the all clear from European Commission

Irish Life takeover gets the all clear from European Commission 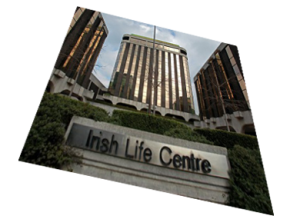 Canada Life, which has had a presence in the Irish insurance market since 1903 but only holds a five per cent share of the market, has been given the green light by the European Commission to go ahead with its proposed takeover of Irish Life.

The decision was made in favour of the takeover based on the fact that even with the merger, there was still plenty of competition in the market, which has recently been boosted by a number of new market entrants including Liberty Mutual and State Street Global. Canada Life, which will now be subsumed under the larger Irish life brand, is now seeking to make around 300 voluntary redundancies in a bid to reduce costs by as much as €40 million.

Once the deal has been finalised, Irish Life will have a considerable degree of control over the market with a 35 per cent share. This will leave New Ireland Assurance, which is owned by Bank of Ireland, and Zurich, as the three major players in the market.

When assessing the proposed takeover, the European Commission looked closely at the impact the acquisition would have on the level of competition across a range of life insurance products, with special attention paid to pure risk protection products. They also looked closely at the anticipated impact on pension products for individual and group clients as well as savings and investments.

The takeover is indicative of the economy’s return to a more stable state following the euro zone crisis which had scared off previous prospective buyers for the State-owned Irish Life. The insurer also attracted interest in 2011 from two US equity firms JC Flowers and Apollo Global Management, but any moves to formalise their interest fell through.

The all clear from the European Competition Commission now gives Canada Life the all clear to proceed with the acquisition and put an end to what has been a long running saga.

For more news from the Irish insurance and pensions market, stay tuned to the easylifecover.ie blog.