At its most basic level, an Entrepreneur is an individual who organises and manages any enterprise with considerable initiative and risk. Typically, when modern society depicts an Entrepreneur, one of the first characteristics that it portrays is youth. But not everyone is 19 in a Harvard dorm room one day and becomes the world’s youngest billionaire 4 years later. For every teenage Zuckerberg and his Facebook, there is an over 50’s Pemberton and his French Wine Coca, or as the world knows it today, Coca-Cola.

The highest rate of entrepreneurial activity in the past 10 years in the USA has been among 55 to 64 year olds. More than 1 in 3 new businesses were started by an Entrepreneur aged 50 plus. This is according to the Kauffman Foundation, a leading platform for entrepreneurship in the US. With people now living longer, the idea of working until later in life naturally translates. One example is that of Jack Weil, CEO of Rockmount Ranch Wear, a clothing manufacturing company based in Colorado. He held the unofficial title of ‘Oldest CEO in America’ up until he died in 2008 aged 107.

Europe and the ROW (Rest of World)

The ‘Global Entrepreneurship Monitor’ (GEM) produces an annual assessment of the entrepreneurial activity, aspirations and attitudes of individuals across geographic regions. The ‘GEM 2013 Global Report’ highlighted the following rates of older entrepreneurship based on the percentage of the adult population between the ages of 55 to 64 years of age:

Latin America and the Caribbean (12%)

While third world locations such as Sub Saharan Africa have the highest rate of older entrepreneurship, this is put down to a lack of industry opportunites and entrepreneurship as a necessity, rather than a voluntary option. It is evident from the statistics that Europe as a developed continent and particularly the European Union 28 member states within it, is still far behind the USA when it comes to entrepreneurship for the older person. 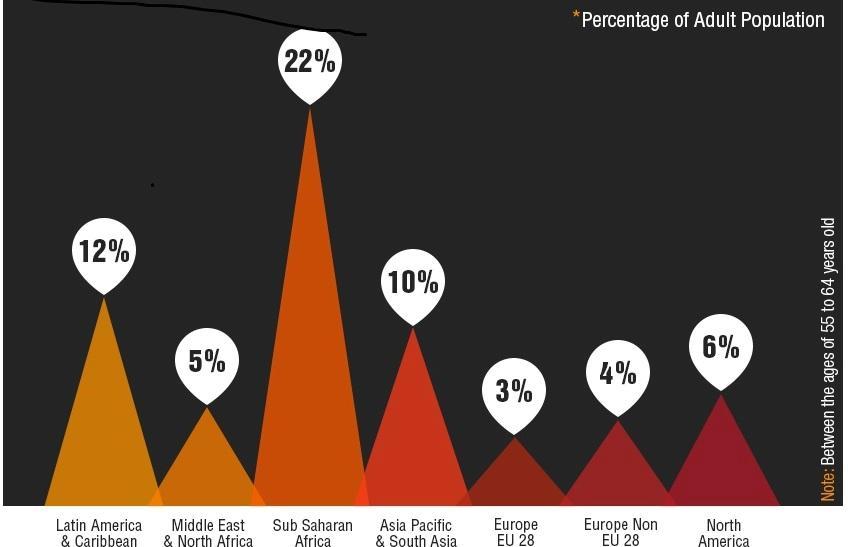 Older Entrepreneurs are driven by hobbies, lifestyle, necessity and innovation. They are also predominantly male and well educated. Some of the biggest FMCG American brands in the world were started by the over 50’s. John Pemberton was 55 when he founded Coca Cola, Raymond Kroc was 52 when he founded McDonald’s and Colonel Harland David Sanders was 65 when he founded KFC. 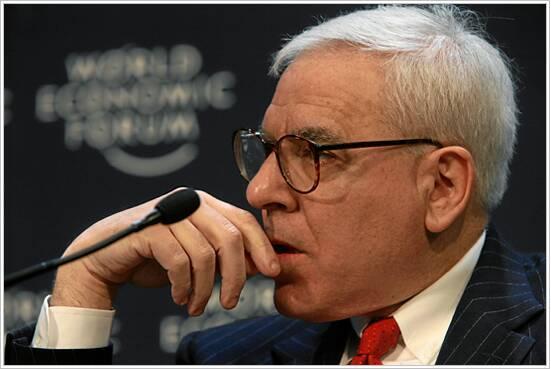 A Snapshot of Informal Investment Globally

The informal investor can play a vital role in the early stages of a new business. For many of the over 50’s market investing in the entrepreneurial process can be investing in a new company run by a younger CEO, or else buying out and acquiring that company. Europe has a lower rate of informal investors with the EU average being approximately 4% in comparison to 6% in the US.

For the older Entrepreneur, one of the most rewarding forms of investment is when they invest in a business sector that he or she already knows very well and can bring expertise in addition to capital to the new business. An example of this might be an older Entrepreneur who wishes to invest in a business being set up by a younger member of their family as an informal investment.

3.4% of adults in Ireland report that they have provided funds to a new business between 2010 and 2013. According to Enterprise Irelands ‘Entrepreneurship in Ireland 2013 Report’ 90% of the 33,000 individuals, who provided funds as informal investors in Ireland during 2013, provided them to family, friends, or work colleagues.

Almost three in every ten informal investors in Ireland are involved in entrepreneurial activity, in that they are active as an early stage Entrepreneur, are an owner manager of an established business, or have closed down a business in the past year. The average amount invested by individuals in Ireland is €18,700. This is almost 50% less than their US peers who invest €38,600 on average.

Business Angels and Acquisitions in Ireland

Alternatively, Entrepreneurs may wish to become a ‘Business Angel’ and invest in a less personal manner by investing in the business strategy with no connection to the founder of the business. Only 10% provided funds to Entrepreneurs that were not known personally to the investor in 2013.

In 2013 men were more involved as informal investors in Ireland in a business started by someone else. In fact 2 in every 3 were male and only 1 in 3 were female. Some individuals aged over 50 may decide to purchase an existing business as a route into entrepreneurship at this stage in their life. By acquiring a business it assists the older Entrepreneur to plan their retirement when they know that mechanisms are in place to identify potential buyers for their business as they did initially, which facilitates the continuation of the business after their full or semi-retirement.